Ateliers internationaux
Be natural, Be yourself 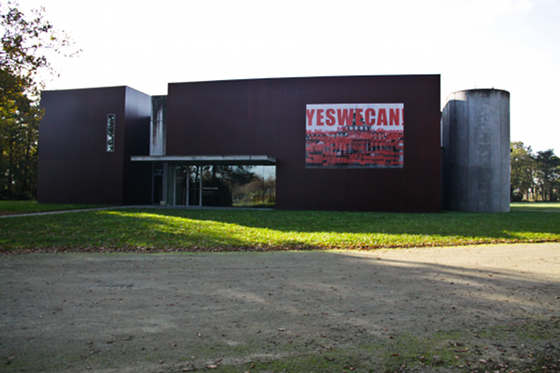 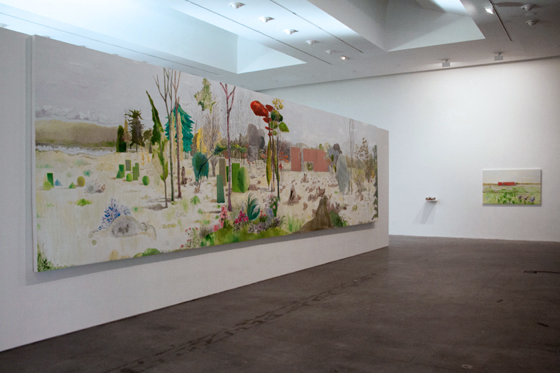 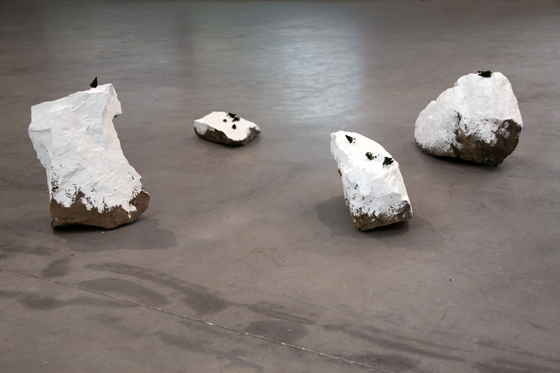 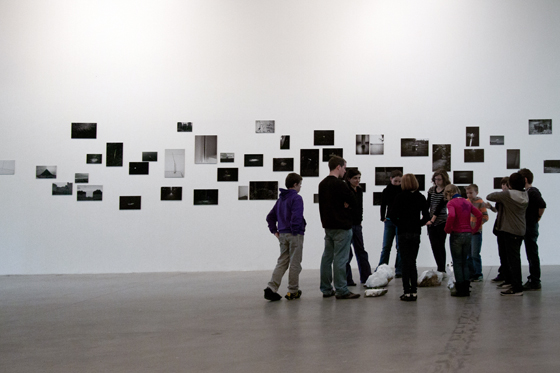 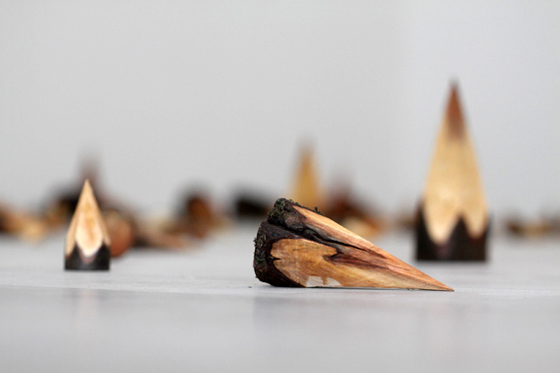 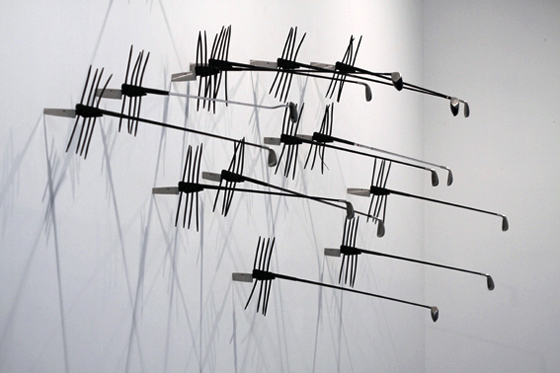 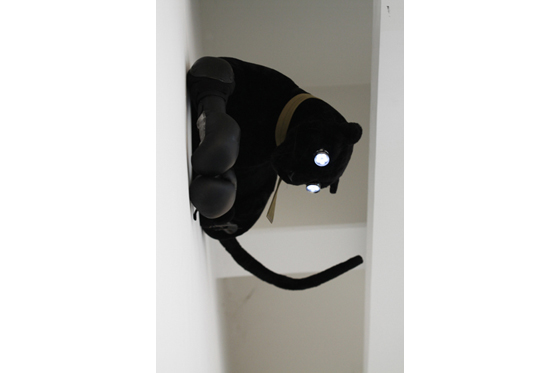 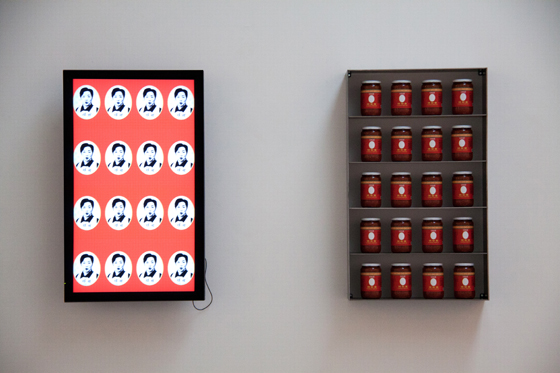 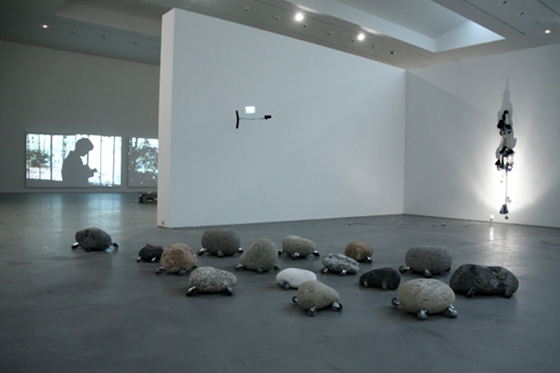 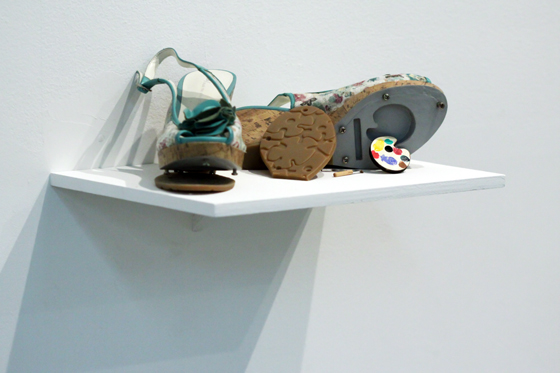 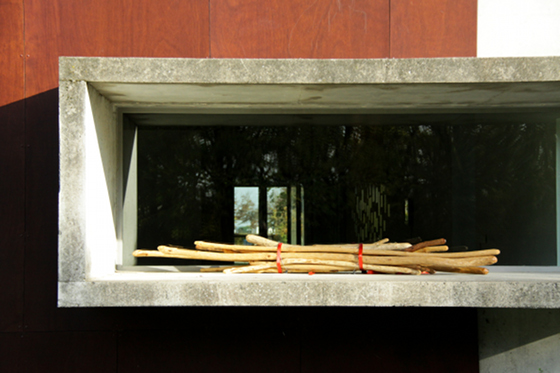 Be natural, Be yourself

Chinese art is hot. But it is also in crisis. Its success in the global market system and institutions of representations – from galleries, museums, media to fashion industry, and even diplomatic operations, not to mention the private collections and trading – is transforming it into a more and more “typical” production of the society of the spectacle, and perfect commodity. This spetacularisation is turning a great number of art works from contemporary China into simple symbols, or tokens, of “cultural representation” of clichéd images of an imagined China easy to interpret, advertise and consumed by the global(ised) media and market. Not only the intellectual integrity of creation is threatened, but also individuality and singularity of the artist, hence his or her personal freedom of linguistic and imaginative expressions are in ruin.

The process of artistic creation is now reduced to something unnaturally limited and manipulated. And the artists are losing their own selves. The real values of artistic activities and their social functions such as political struggle, personal emancipation, etc. are alienated.

The best way to resist to this crisis of alienation is to look for truly natural ways of living and working – be natural, be yourself. One thinks about the old Chinese maxim: shunqi ziran.

Being natural and loyal to one’s own principles actually proves to be a complex exercise. It’s a test of the ethical integrity, intellectual commitment of the artist, and his or her life-long engagement with continuously exploring and expression of the meaning of being creative vis-à-vis a changing, and aliening, outside world. In the process one has to constantly struggle for the relevance of one’s artistic vision and expression to face a changing world. This demands patience and capacities to negotiate with the surrounding space eternally under pressure of the exterior gaze and material conditions. At the end, one must manage to identify and manifest one’s real self, or one’s natural state of existence as an artist.

A residency project can materially provide a certain material conditions of the hatching of the projects by artists who are looking for time and space to conceptualise and materialise their efforts to “return” to the natural process of creation. On the occasion of the residency at the FRAC Payes de la Loire, in 2011, we have selected and invited 6 artists from China emerging respectively from the late 1990s and the last few years: Huang Xiaopeng, Kan Xuan, Duan Jianyu, Yang Guangnan, Yang Xinguang and Jiang Pengyi . They are among the most singular personalities in terms of artistic, philosophic and social conception and aesthetic bias and language – that we consider as perfectly exemplary in this respect. And the space and time, as well as the modest but efficient resources provided by the residency can provide them necessary conditions to explore the reconstruction of the natural state of being the self through dialogues with the other, both between the Chinese and the European, and among themselves…

Translations between different languages, between different models of artistic conception, image production and their distributions, are not only a crucial form of meaning production in the age of globalisation. They also form a key element in the formation of the identity of any cultural actor living in this age. Further, their impacts on the perception of the world and ways of living among the populations, as well as its political implications, poses urgent challenges to everyone. This is particular important for artists today living with and operating within the system of global circulation of ideas, images and material production…

Huang Xiaopeng, a Guangzhou based artist and educator who spent more than two decades in London, incarnates this critical point in his work. Revealing all the energy and paradoxes generated in the process of cultural translation form the very centre of his projects. Utilising online translation programmes to translate music lyrics, books and advertisements that have major influences on how the Chinese perceive and internalise modernity and political ideals, etc., he creates video and installation works. They tend to emphasize that mistranslation and misunderstandings between cultures are not only inevitably but also productive. Through the endless struggles between the desire for precision of the translation, hence the transparency of interpretation between cultures, and its inevitable failure cultural diversities are given birth. In the meantime, political and economical appropriations of “cultural exchanges” produce some of the most absurd and violent phenomena in the society…

More “metaphysical” dimension of this negotiation with verity and representation and its impacts on both social and personal lives is explored in the works of Kan Xuan, Yang Xinguang and Wang Guangnan. Witnessing the intense but contradictory and even ridiculous “social development” happening in today’s China and the world, they develop their own positions to reveal the truth of things that are not possible to grasp in the established techniques of interpretation in the logic of spectacular representation. It’s through such a resistance to interpretation that they obtain their own personal states of being. Kan Xuan, in her video works, maximizes the filmic capacity of image making of the media to grasp unperceived moment of things in movement. She invites us to gaze at the details of things in constant change. They end up provoking suspicions and even nauseas that subvert our established convictions of the truth, fundamentally formatted and imposed by the ideology of the powerful. In front of her work, one can sense a natural revelation of the true state of things that surpasses any discursive space – the strategy much insisted in Zen. In the same spirit, Yang Xinguang, a young sculptor who, instead of constructing his work by “plastering materials”, simply collects found materials and rearranges them. Without altering the existing form of the materials – tree branches, bamboo, wooden panels, etc., he tries to follow the natural texture of the materials and intervenes in them by various mini-actions such as polishing, drawing, peeling, chipping and grafting. These interventions render the potential and hidden beauty of things visible. But they remain subtly fragile and fugitive… Using the same strategy, Yang Xinguang also regularly intervenes in social situations by introducing performative and temporary elements and actions to temporary alter the established social settings in order to question the true motivations of social and collective events. This kind of hybrid resorting to Situationist and Zen strategies are shared by his companion Yang Guangnan, who also focuses her multimedia works on tracing the existing state of things and catching the most intangible moments of change. Like a Zen practitioner, she only intervenes in the existing situations by observation, scrutiny and marking. The rest is to wait…

However, when this seemingly detached and distant position vis-à-vis the human society shared by these artists are not simply a strategy of escape. Instead, their choices open up a new possibility for us to negotiate for our freedom in a context of huge social constraints imposed by the logic of the production of the spectacular and the consumable. At the same time, they also express their strong and critical views on the political games dominating the world of the politics by manifesting their independence. When necessary, they would not hesitate to intervene directly into the field of social conflicts… But all these should unfold in their own ways.

In the culture of representation and the spectacle, the real is no longer separated from fiction. The conflicts between utopian vision of progress – represented intensively by the exuberant images of urbanisation and consumerism in both China and the world today – and the chaotic social reality, interestingly, have engendered a particular space in which the ambivalent relations between the normal and abnormal, the formal and informal, the real and virtual, etc. are stimulating the artists’ senses of critique and satire. They are now armed with new freedoms in terms of imagination, media and spirit while searching for independent languages beyond any conventional definitions coded by the rule of the market and institutions continuously motivates their commitments to creative production. Duan Jianyu is a shy, discreet and somehow secret painter who explores all kinds of weird incidents in everyday life, especially those seem to be completely banal in the eyes of the public embracing the spectacle. Inspired by the freedom and even naivety of folkloric art and popular literature, she has constructed a personal, rural, heaven-like, world that combines happy dreams of a deserter of the chaotic reality and the nightmares of a loser facing the overwhelming domination of urban wealth. Jiang Pengyi, a young geek of multimedia art, has photoshoped some of the most eccentric images of lost paradises of the urban boom boasted by the winners of the power game of neo-liberal capitalism and “modernisation à la chinoise”, namely politicians, capitalists and their “artists friends”, etc. In most of his work, Jiang Pengyi shows his stunned incomprehension and dizzy-ness facing such speedy, supra-human mutation that has enriched a handful of “lucky ones” at the price of sacrificing the interests of the majority – not only among the population but also the environments in which human beings and other creatures are living. Then, his latest achievements consist of panoramic apocalypses of the urban world. It seems that he has come to a conclusion for our exalting world: all those extravagant edifices and glorious signs of success will all end up “return to the dust”…

This is the destiny of our world. The only way for an artist continue to make sense in such an unstoppable fall towards ultimate entropy is to claim his or her right to live naturally, in his or her own way, and to practise this right through his or her independent visions. It’s the ultimate mission of being artist. And it incarnates the real beauty of Art Work… This project to group these 6 artists, who live naturally and create such a natural beauty, is an attempt to lay a ground for a veritable manifesto of independence! 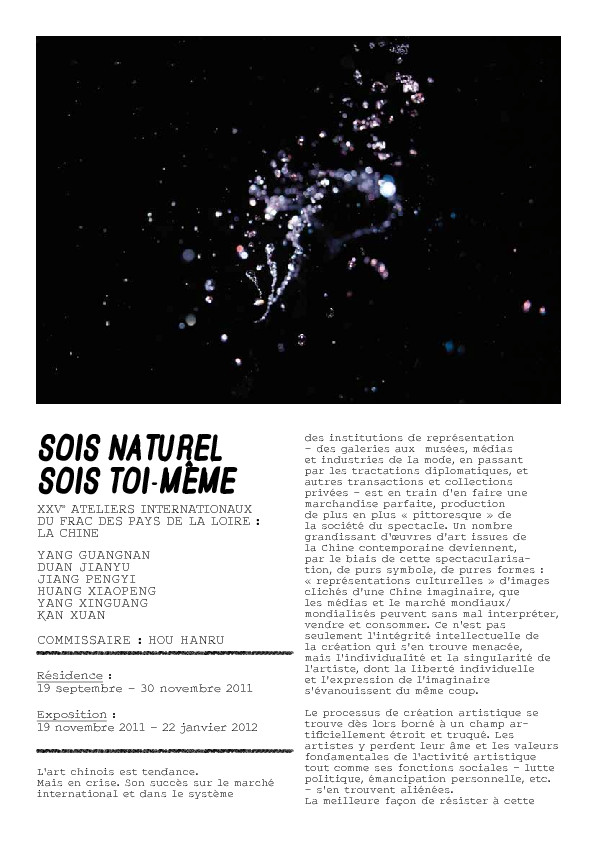